In the Elite Action Series, we explore proven strategies elite athletes have used to reach the pinnacle of their sports and how we can apply them to our lives beyond the playing field. Last time, we explored the strategy of treating our injuries. In this last installment, it’s about finding access to peak performance. 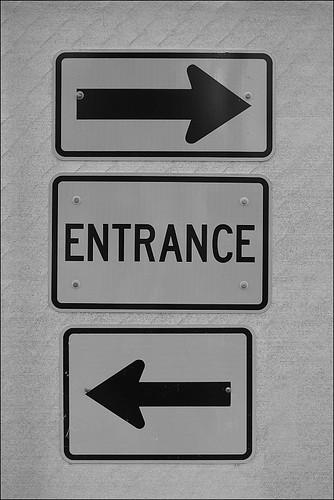 Whether it’s the warm-up routine of a MLB pitcher, a tennis player bouncing a ball exactly eleven times before each serve, a swimming slapping his chest on the starting blocks or a skateboarder listening to the song that taps him into the courage and creativity of an epic halfpipe run, elite athletes all know what they need to reach “the zone” – a mindset of nearly unconscious peak performance. It’s a flow where we do what we need to do, where we exist in an elite level of performance with minimal noise in our heads.

If I warm up properly at a competition, my body feels more agile and my confidence is strong. If I warm up and have time to flirt with the zone, I can tap into a bravado that helps me retain connection with that flow. I walk onto the competition field with an edge. Having that mental or physical warm-up plan can be magical, taking us from doubt to invincibility in moments.

And what if I don’t stick to the plan? My body never reaches full speed. My rhythm feels off. My confidence in my signature moves is missing. On those days where I don’t take care of what I need, competition performance is a crap shoot. A disaster is just as likely as brilliance. I left it up to luck.

The best athletes are not only able to enter the zone, they can stay there. When they lose the flow, they find it again. Sometimes it’s even visible. One moment an athlete is pacing around, full of distraction. The next moment they are performing in ways that bend reality. Then something happens and they’re human again.

This spring, I watched the top athlete spend nearly an hour in amazing flow during a championship match. Every decision was effortless. Every physical play was efficient. Great plays by his opponents and even mistakes on his own team left him unfazed. Then there was a moment. He pushed it. Rather than flowing, he nudged his effort just enough to get conscious again. The only sign was a subtle, physical gesture. My interpretation of the gesture is that rather than being untouchable, he let the thought “I’m untouchable” into his head. Once that happened, his flow was disrupted by thought. Meanwhile, one of the opposing players found his flow. Though our top athlete continued to play at a world class level, his team was no longer transcendent. They lost narrowly in what is considered one of the best played matches ever. The zone turned the match into a classic, and tiny shifts in flow played a huge role in the outcome.

The first experiences Dave Lewis and I had in the zone were like trying to catch a melting snowflake. The moment we realized “hey I’m in the zone!” it was over. We were ejected and lost flow. The zone doesn’t have to be that fragile. Like mountain climbers acclimatizing to high altitudes, the more often we find flow, the less we can be affected by awareness of it. That ephemeral snowflake gains the stability of an iceberg. The more we played, the more Dave and I were able to hang out in the zone and sometimes even summon it. You can too.

What’s the zone like beyond the playing field? Is it being an authentic, charming public speaker? Noticing unseen strategic connections? Solving complex technical problems elegantly? Or is it maintaining a resilient sense of humor in a chaotic home environment? What would your life be like if you performed at your peak more often?

Getting to your top gear and staying is pretty awesome. We can all learn what gets us to our peak performance level. What gets you there, and what holds you back from it? What are you willing to change to be at your best?