Everyone hits plateaus on the way to impossible goals, but there are things you can do to get past them more quickly: staying with the plan, changing the plan, easing up and staying one step ahead.

We all reach a point where progress toward a impossible goal stalls or even feels like we’re moving backward. It plateaus.

If you don’t reach one, it’s a sign that you’re worthy of a bigger goal.

Plateaus can feel awful, but they can also be a beautiful waypoint. And they are an inevitable part of reaching for something extraordinary. By learning to move past them quicker, we reduce the pain and get to the finish line faster.

Below are four ideas for moving past a plateau. The common element to all of them is having people around you for support. Whether that’s a coach like me, a colleague, a spouse or a friend, information from external sources helps you to design your next steps and experience plateaus with less discomfort.

1. Stay With The Plan 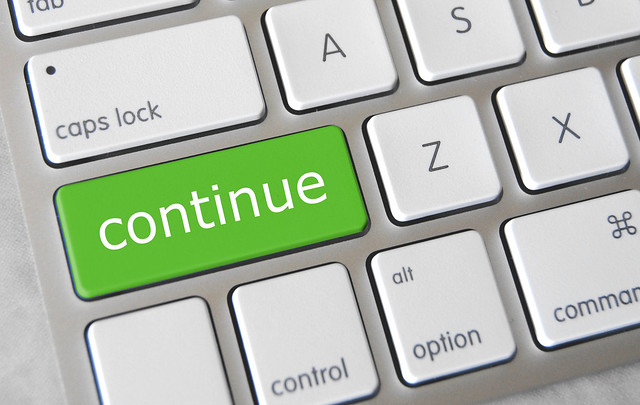 It’s possible that you underestimated what it takes to reach your goal.

Sometimes our idea of how fast things should happen is simply wrong. Especially for those of us who have had an easy time learning new skills, we might believe the next skill should come quickly. Wrong. That’s called a fixed mindset, and it’s a recipe for disaster.

That new skill we wanted to learn in 10 repetitions might take us 100 repetitions to master. Or 1000. With a fixed mindset, those last 990 repetitions (if we do them) feel like a death march of failure.

Six years ago I started a quest to become one of the top players in a second sport. I had already won 14 world championships in freestyle flying disc, and I would win 2 more while taking on this new adventure. While I knew what it took to become a top player in freestyle, I didn’t have all the information on this new sport (called DDC). Fortunately, I had a great mentor who sped my progress.

And I still hit plateaus.

What I didn’t realize was that truly mastering the essential skills for DDC was going to take a lot more work than I thought. Once I came to terms with that, I not only stayed with the plan but doubled down on it. I knew my throws were not at a high enough level for the DDC I wanted to play, so I started noticing more opportunities for throwing practice. These sessions were exciting and injected new energy into my experience of DDC.

Thousands of practice throws later, I was more consistent and effective. My stress level in games went down because I could count on the muscle memory of my practices when executing plays. 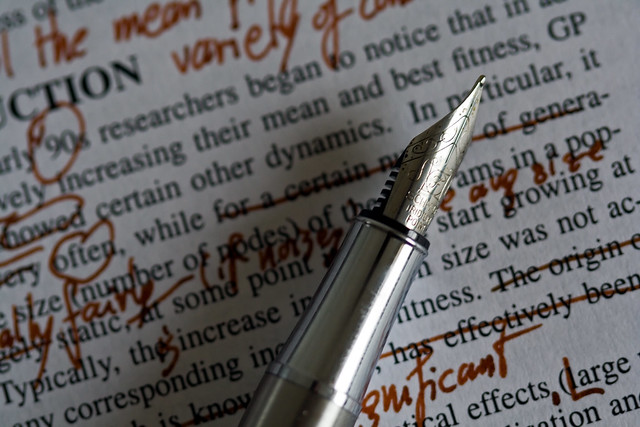 Most of the time, our first instinct is to work harder or give up. That temptation to give up is real. It’s a heavy feeling to wonder whether we can actually get there and if it’s all worth it. When we get to this point – and we all do – it’s a symptom that we’re focusing too much on the end point and not enough on the experience of getting there.

Staying connected to a winning mindset is essential. Any victory is going to be fleeting. If the purpose is to finish a marathon or get a promotion or win a world championship, what happens once you’ve done it? There is a literal graveyard of people whose lives felt completely empty after achieving an impossible goal.

What if you could arrive at that finish line and be more of yourself, full of pride in the effort invested in the chance at victory? If we can do that, we emerge stronger with more long-term resilience.

So, the plateau. What you’ve been trying feels like it’s not working. Your performance isn’t improving. Your progress seems stalled.

For my DDC project, I had timelines for my progress and ideas of where I should finish at my next tournaments. It all seemed very obvious. And I was wrong most of the time.

I was catching up to the level of more experienced players and thought I knew what it took to get there. With every breakthrough, a new blindspot opened up between me and my goal. After feeling frustrated by underperforming over and over, I took a fresh look at the plan.

As I mentioned, I started practicing more often on my own. I also started noticing what else might work. Playing with the local club was a great learning lab, and it didn’t put me in enough top level games, so I played as many pick-up games after competitions as I could. Teaming up with elite players helped me learn to adapt and deal with more sophisticated game situations than what I was familiar with. And it started to build my reputation.

I noticed that the additional throwing practice was helping with basic technique but that the top players had resilient technique that performed in a variety of wind conditions, so I practiced in “bad” wind too and threw hundreds of incompetent shots in order to raise my level of competence.

By revising my plan often, I believe I shortened my plateaus and accelerated my progress. 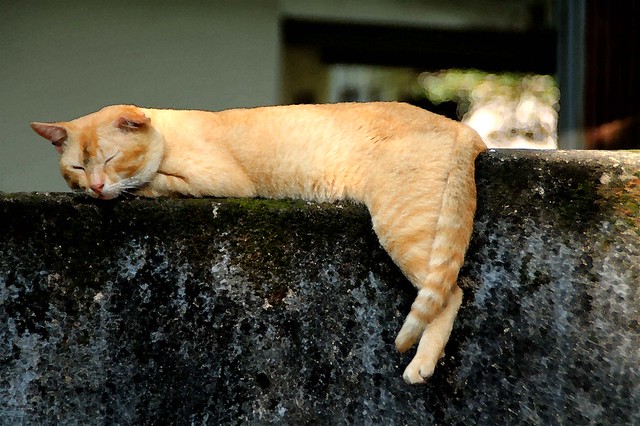 This is the fun one, and it has its risks. Sometimes the best way to get past a plateau is taking a break. Most often, by taking a break, we are allowing our brain to go to work in the background integrating all our learning so it’s more ready to be used next time. During intense periods of learning and training, we sometimes don’t give our brain enough time to do its thing.

Over the past few years I’ve been learning new languages using an app called Duolingo. I’m probably one of their power users. I have a streak of more than 650 consecutive days of doing lessons. When learning new languages, I have the visceral experience of how we reprogram our brain when we master new skills. There are very few things as basic as the words we use to communicate. Changing that code sometimes feels like I’m twisting my mind. I go through cycles of immersing myself in Duolingo’s lessons and easing up to a minimum level. What I’ve noticed is that my brain starts to pick up new patterns after easing up. I give my brain time to catch up and lock the learning in, and I get more out of the next lessons.

For my DDC project, I’ve found the best results easing up after a competition. During the competition, I’m learning but my brain needs needs more time to let it all soak in. Giving myself some time after a competition opens the door for improvements. Something that was a struggle before is more natural. Or, strategic opportunities become more obvious. It changes every time.

Here is the risk: there is a fine line across easing up, being lazy and giving up.

When you decide easing up is your strategy, monitor whether it’s actually a strategy or whether you are avoiding doing the work. Monitor your gut. Is easing up just a sneaky way of quitting? Keep connected to the motivations for your goal and keep designing the experience you want to create for your life as you pursue it.

4. Stay One Step Ahead 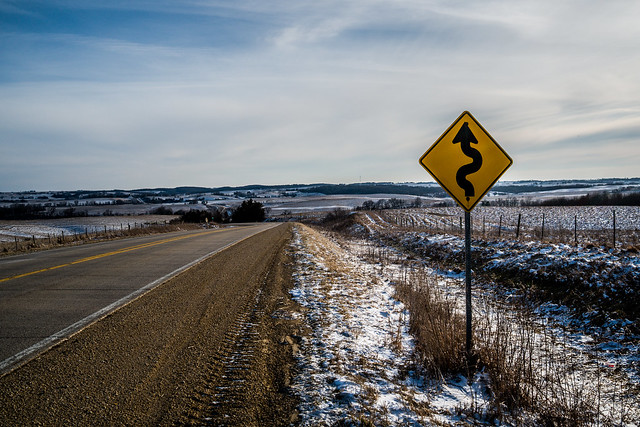 Most of the time, we realize we’ve plateau’d while we’re already struggling. What if we could be one step ahead, predicting the plateau and solving it before it sets in?

It’s possible that I could have skipped or shortened a plateau or two. It’s also possible that I wasn’t ready to hear the complete plan. You know how when rereading a book, we see things we never noticed during the first read? If I read a book six years ago about becoming a better DDC player, I might have seen some lessons but not really noticed them, not known how they were actionable. On rereading, previously invisible lessons would jump out as A HA! moments.

To stay ahead of plateaus, we need to gather information and feedback and hope we notice the important lessons in time to speed us past a plateau and toward the finish line.

Ready To Jump To Your Next Plateau? 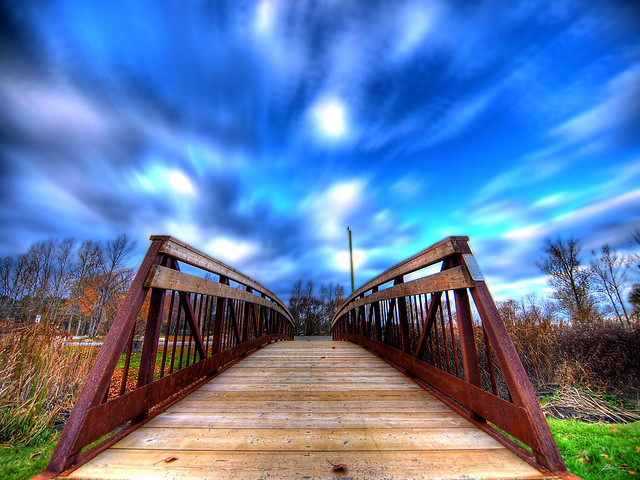 Which strategy do you need now? It may take some exploration.

Let’s be clear. Whichever strategy you choose, it leads to another plateau.

Sound depressing? It doesn’t have to be. As we navigate these plateaus, leaping from one to the next, what keeps it beautiful is being in the moment. By staying connected to why we are taking on the impossible, we can shape our experience as we stay in the process. We can see plateaus as inspirational evidence that things are working. And as an opportunity to optimize our plan.

As for me, as I write this I have made three finals at major tournaments this year, including a runner-up finish at the world championships in England. I’m ready to jump to what’s next.

It’s an irritating nudge growing in intensity until it drowns out everything else. It’s tension. Frustration. Scapegoating. It’s ugly. And then the bottom comes, a swirly mess like being in free fall, tossed around in a hurricane. It’s a powerless, painful moment. And it’s the prelude to breakthrough.

Sometimes it seems we wait for rock bottom before we’re ready to change jobs, get fit, end a relationship or make any other big jump in our lives. Acting from rock bottom is a reactive way of fixing things, a back-against-the-wall scenario that’s not likely to lead to the biggest difference we can make for ourselves.

It’s a crisis response. What we’ve been doing is not working. We didn’t want to take extraordinary action, but our heart knows we need to. We’ve been coasting along, and now it’s different. It’s not about getting by. It’s a choice between withering and taking a chance to thrive.
END_OF_DOCUMENT_TOKEN_TO_BE_REPLACED