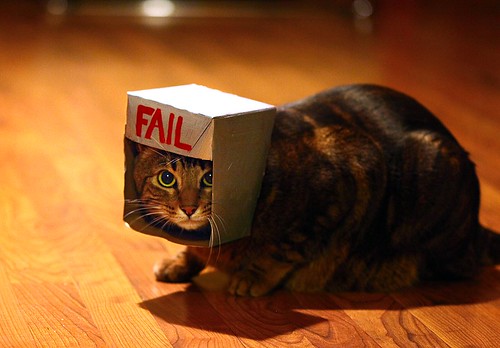 (This article is based on a talk I gave at Nonprofit Boot Camp in San Francisco.)

A few years ago I led a program at Craigslist Foundation called LikeMinded. It was part of a high profile suite of projects funded by a major foundation. Like 9 out of 10 web initiatives, it didn’t catch on.

It’s almost three years later, and this is the first time I’ve written about it publicly. There’s a taboo around talking about failure, and I’m ready to defy that taboo.

LikeMinded failed for all sorts of reasons, including the most important one: the world decided it wasn’t essential.

What I’ve been learning recently is that what is essential is a real relationship with failure.

We all fail, and failure hurts. I invested years of my life leading this initiative for Craigslist Foundation and traveled more than 100,000 miles learning from community members and partners. When it didn’t take hold, it was disappointing. And when Craigslist Foundation didn’t last long enough for us to learn from round one and try again, it was doubly frustrating.

We don’t have to share our failures publicly, but sharing them has an important role. It helps us move forward. It helps us get the disappointment out in the open so we can process the emotions and grow from the experience.

I grew from my LikeMinded experience. Leading the initiative expanded my skills, and I discovered that they were exactly the type of skills that help me in my current role as a peak performance expert and leadership coach.

The Real Stakes of Failure 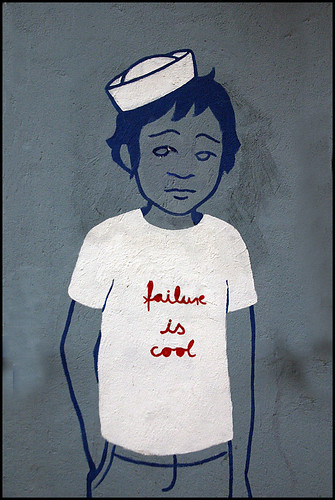 This summer I went to a talk about failure. For our name tags, everyone was asked to answer the question: “How do you handle a moment of failure?”

Almost every answer was a variation on: “move on,” “fail more,” or “fail bigger.”

These answers come from a concept called Failing Forward. Originally, this was a great concept. It connected people to the idea that we don’t need to be stopped by failure, and in fact failure might be the pathway to bigger victories.

But somewhere along the line, Failing Forward got corrupted to the point where failure became the badge of honor instead of moving forward. Rather than being a tool, failure has almost become the end. That’s not cool.

This new interpretation of Failing Forward needs to go away.

The point isn’t to fail. The point is to succeed, and failing is more complex than FAIL AGAIN!

At this meetup, Esther Pearl talked about how girls feel no freedom to fail. They feel so hemmed in by expectations that they’d rather not even try. If you’re a girl and you’ve been socialized to believe that you have to be twice as compelling as your male peers, try taking risks, try being resilient, try dispassionately failing forward. Pretty sure I couldn’t.

It’s a good thing we have people like Esther around to work with girls to disassemble this socialization.

It reminds me of how folks feel within nonprofits. They work so hard to get funding that delivering on promises can feel suffocating. While most initiatives in business are not successful, nonprofit leaders feel like every program has to catch on and shine.

Under these conditions, this new cavalier version of failing forward doesn’t help. 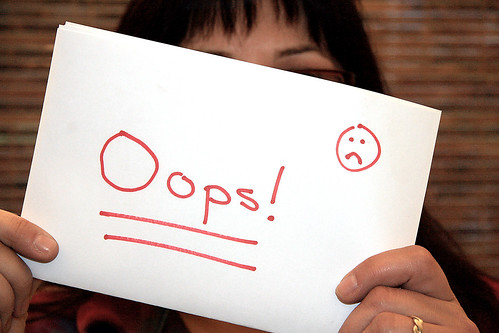 We need something different.

Don’t get me wrong. We need to take risks to succeed. And there is virtue simply in taking the risk. Success comes from persistence in spite of failure. All that is still true.

But we need to get back to some fundamentals underneath failure: Learning, Vulnerability and Honesty.

As Failing Forward focused more and more on the failing, we forgot about a critical ingredient: learning. Unless we’re taking in the lessons of a failure, failing becomes flailing. We’re seeing some people lose discernment between experimenting and f-ing up.

Let’s double down on learning. On actual, honest learning.

We’ve stripped the emotion from failing in our attempts to get people to not be afraid of it.

When nonprofit programs fail, it’s not the same as the failure of an app. When social sector programs fail, people are injured, they die, species go extinct, climate change accelerates. The stakes are unimaginably higher.

So when we fail, it hurts, and it’s time to allow ourselves the vulnerability to share both the existence of the failure and its effect on us. Being real about our emotions lets us pass through the failure in a stronger and more creative way.

Our culture can make us dishonest about our emotions. Being vulnerable can be perceived as weakness, so we’re dishonest about how failure impacts us. The reality is that vulnerability is a leadership strength. Being honest about a situation allows frank exploration, more collaboration and greater creativity in charting out the next chapter.

There’s a balance here. Vulnerability can lead us to wilder emotional swings. Radical honesty can be messy. A focus on learning can bog us down in analysis. Finding an equilibrium that serves both the project and the team is key. 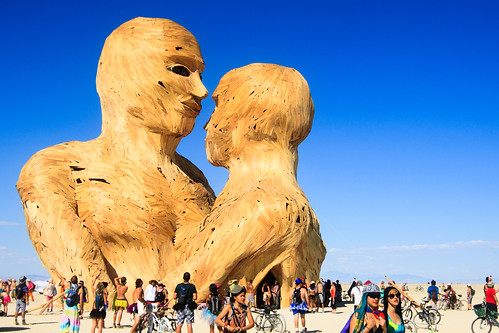 Back to that failure meetup. They released a video of the talk, I was really excited to see the name tags they showed as part of the intro.

(Full disclosure: one of those was mine.)

These choices are rich and vulnerable and honest. And they are a great sign that maybe we’re ready to move past the obsession with failure.

Let’s abandon the this twisted, emotionless version of failing forward. Let’s be more real. Let’s embrace failure. Embrace it for everything it brings: its pain, its disappointment, its growth, its insights, and the incredible potential for impact that comes from being real.

Let’s fail. And let’s be human about it. And let’s surround ourselves with people who provide the space to be vulnerable and honest and learn.